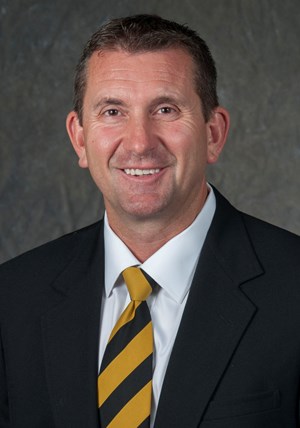 Rick Heller has turned the University of Iowa baseball program into a perennial Big Ten Conference and NCAA contender in his first nine seasons as the Hawkeyes’ head coach.

Heller has injected new life into the Iowa program, leading the Hawkeyes to the 276 victories — an average of 30 wins per season — advancing to two NCAA Regionals, and claiming the first Big Ten Tournament title in program history.  The 2017 title was Iowa’s first since winning the regular season crown in 1990.

In 36 seasons as a head coach, Heller owns a career record of 966-740-4. He is one of two Iowa head coaches to lead the program to the NCAA Tournament.

At Iowa
Under Heller’s watch, Iowa advanced to the postseason in six consecutive years for the first time in program history, he has coached 11 All-Americans, one Big Ten Player of the Year, two Big Ten Pitchers of the Year, one Big Ten Freshman of the Year and at least one first-team All-Big Ten selection in seven seasons. Iowa has had 27 Major League Baseball Draft picks (and a total of 30 sign professional contracts) in nine seasons, including 21 in a six-year stretch, the most all-time.

Heller has also given the Hawkeyes an international flavor, taking the team to the Dominican Republic in 2016 and Taipei, Taiwan, as the United States representative at the 2017 World University Games.  Heller led USA to a silver medal, as the team became the first American squad to medal in Universiade history.

USA team went 5-2 during the two-week stretch, before falling to Japan in the gold medal game. The Americans posted victories over Mexico, Russia, Korea, and two games against the Czech Republic.  Junior Cole McDonald tossed a nine-inning no-hitter in game one against the Czechs — the first by a Hawkeye since 1965.

During Heller’s second season, Heller guided Iowa to an at-large berth into NCAA Regional play in 2015 — a first for the program since 1990 — and the team posted the school’s first NCAA Tournament win since 1972. The Hawkeyes were the runners-up at the 2016 Big Ten Tournament before claiming the program’s first tournament title in 2017 to lock up the school’s second NCAA Regional appearance in three seasons.

Iowa made just three NCAA Tournament appearances in its history prior to Heller’s arrival.